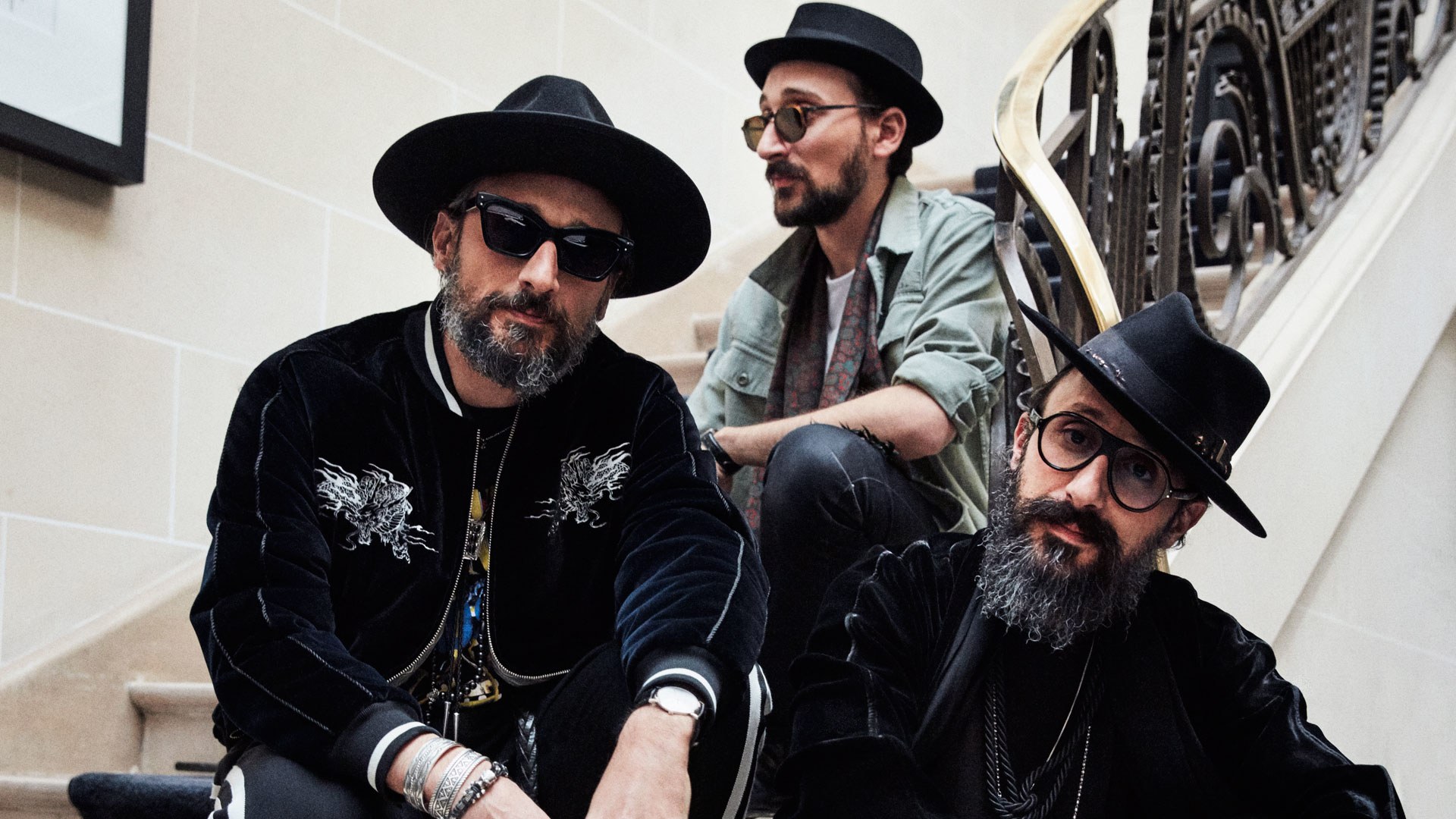 The Swiss group, Maus Frères has recently officialized its takeover of the rock-chic brand The Kooples. The retail holding company has also made other investments in the fashion industry in the past, including Aigle, Gant and Lacoste.

This acquisition reveals the strategic direction of the group: creating a portfolio of premium luxury brands. But why The Kooples in particular? Using RETVIEWS, we explore the brand’s offering to understand the reasons behind this buyout.

THE DNA REVEALED IN GENDER’S OFFERING

When we think about The Kooples, we think about street rock-chic apparel for men and women. The main idea behind their collections is to create a harmony between the male and female wardrobes with an almost androgenic feel to them.

While the majority of the fashion brands focus on female apparel, The Kooples breaks the norm, allowing women to dress like men and vice-versa. The chart below reveals The Kooples’ DNA, which is providing clothing to both genders. 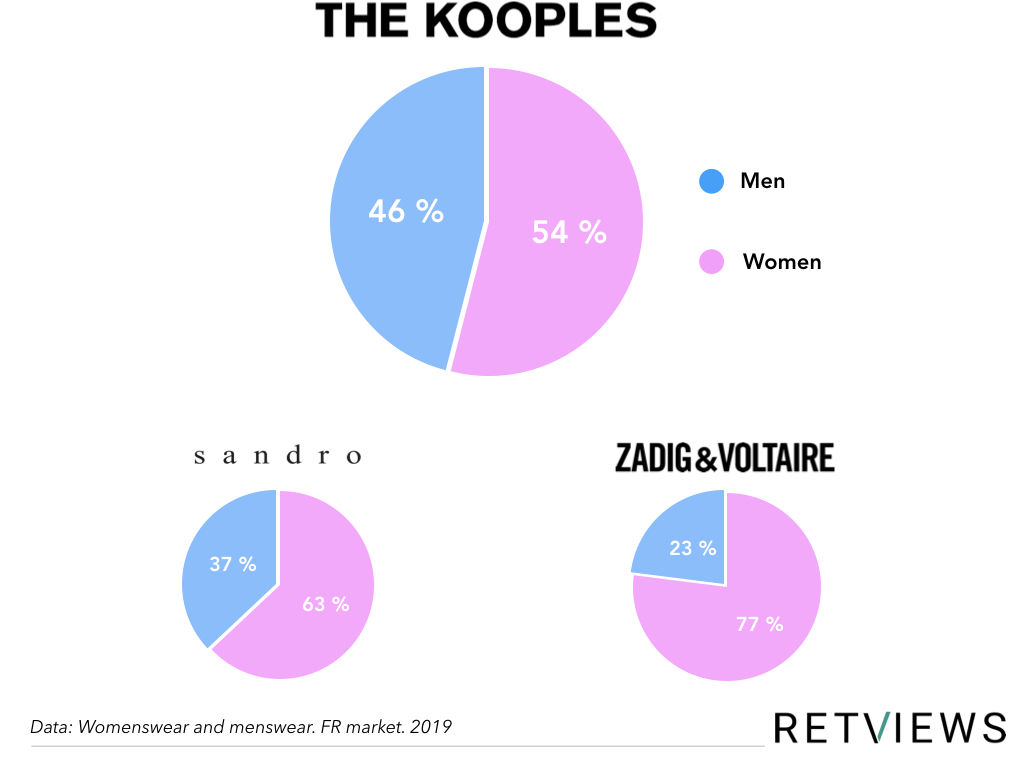 When looking at the Maus Frères group brands, the gender strategy is clear. Lacoste, Gant and Aigle have one thing in common: they are known to be brands focused on men clothing. The Kooples differentiates itself from other premium luxury brands such as Sandro and Zadig&Voltaire with almost proportional offering for both genders. With The Kooples, Maus group enters the womenswear and at the same time, stays in line with the other men-focused brands of the portfolio. 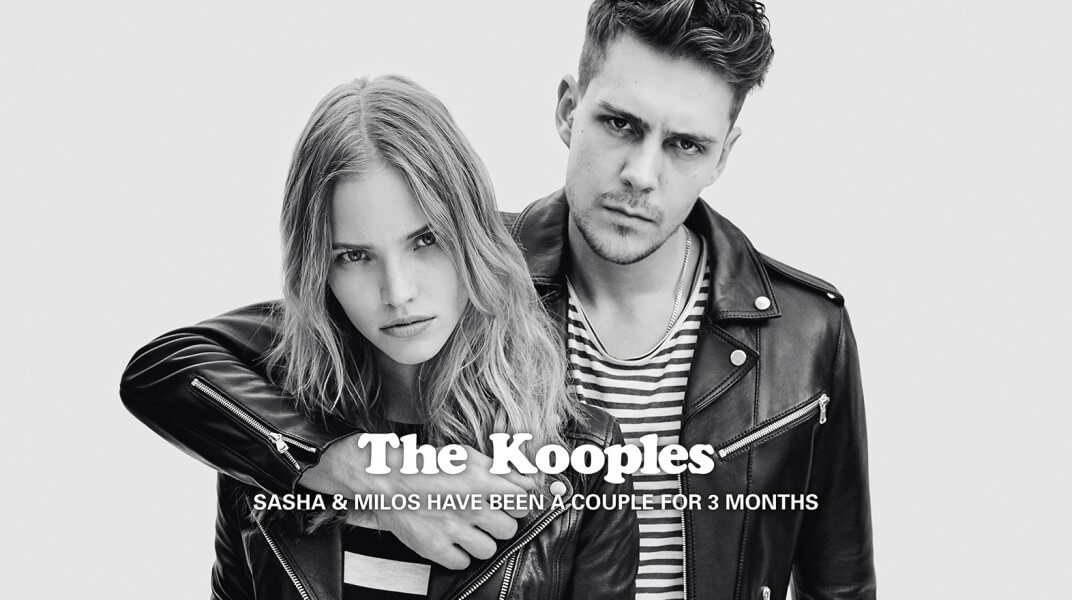 A ROCK-CHIC STYLE REFLECTED IN COLOURS

The brand’s unique style inspired both by Paris and London is one of the most important factors that created this enthusiasm around The Kooples. The cool Parisian look can be achieved in a new way with The Kooples: slim, rock-star tailoring, gothic patterns and dark colours. Statement pieces consist primarily of biker jackets, sharp suits and trendy bags, all pretty much using darker shades.

As observable on the colours palettes below, black and grey colours represent 50% of their collection compared to approximatively 35% for more classic brands such as Maje and Sandro. By acquiring The Kooples, Maus group completes its offering made of classic brands with a young, urban and rock brand. 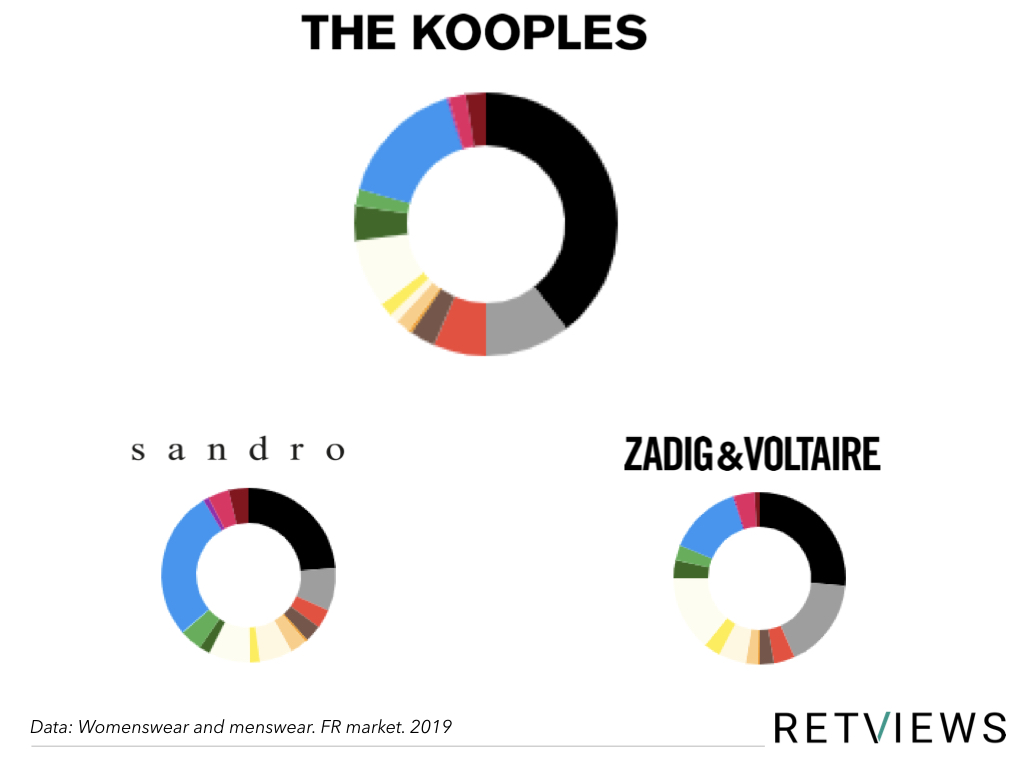 The Kooples belongs to the fast-growing segment of premium luxury brands. Using RETVIEWS benchmark solution, we took a closer look at the brand’s price positioning. The bags product category is an excellent example to show that The Kooples targets a precise segment of customers. Most of their bag’s pricing is concentrated between €300 and 449.99€ with 398€ as the most widely used price. On the other hand, Zadig&Voltaire offers a broader price range from 225€ to 1.295€. Maus Frères’s vision to build a premium luxury fashion group is confirmed with The Kooples as a new brand held by the Swiss company. 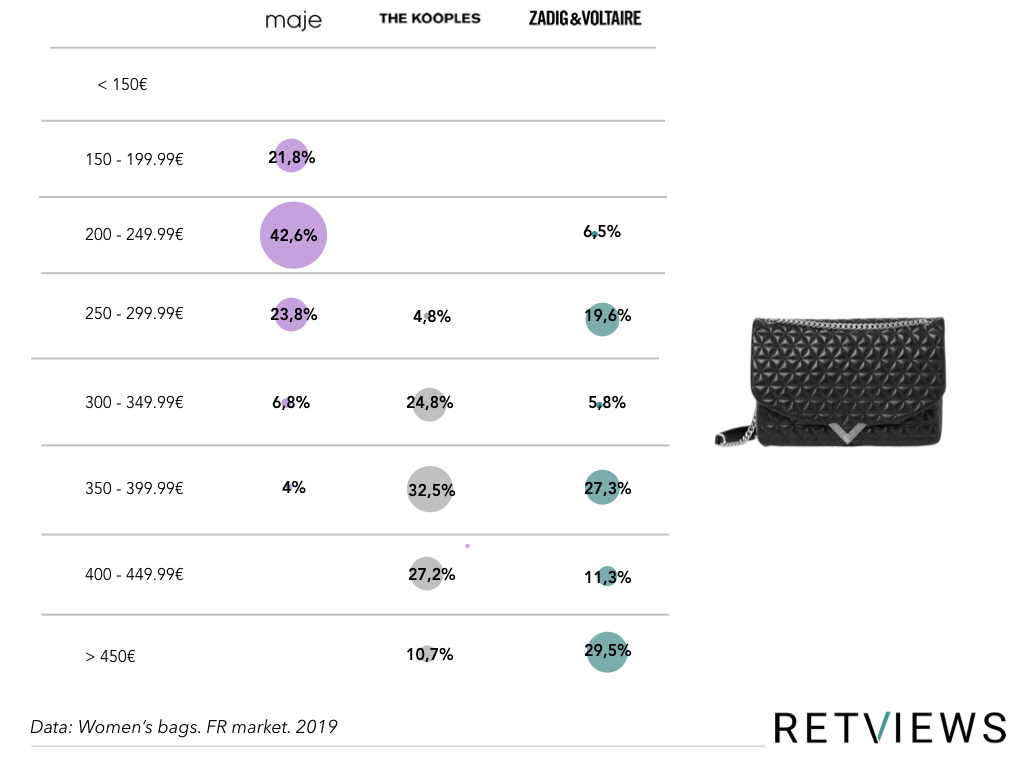 To boost their visibility, The Kooples based part of its marketing success on collaborations with celebrities. For the past two years, the brand launched exclusive creations with models, singers and influencers to create brand ambassadors who make The Kooples shine around the world.

Icons such as Irina Shayk, Stella Maxwell and Slick Woods gave their names to create accessories that became best-sellers.

But are these collabs selling well? In order to identify best-sellers, RETVIEWS is able to track two crucial things: the daily price and the number of SKU’s available. By combining these two pieces of information, we are able to reveal the best-sellers of any fashion brand’s offering. 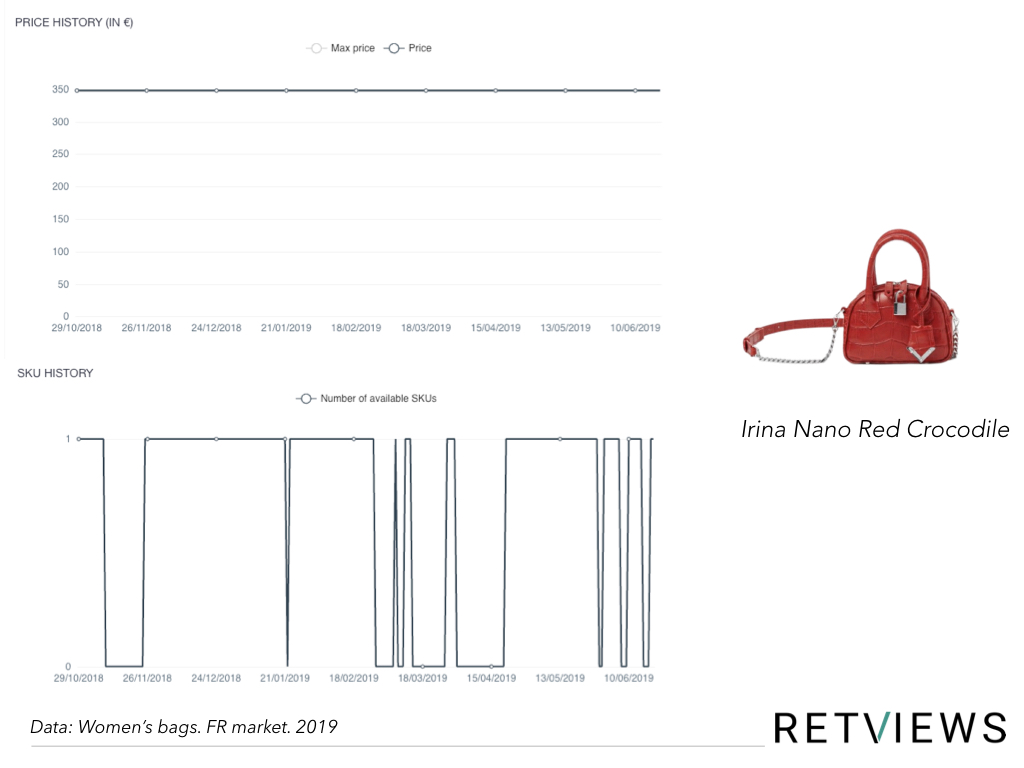 Let’s take a closer look at Irina’s Nano Red Crocodile bag. It was out-of-stock many times but always replenished at the exact same price. These are clear signs of a best-seller. The Irina’s bag is not an exception, we looked at the data for all collabs with celebrities, and the majority of them became The Kooples’ best-sellers. With this tactic, the brand is thus able to expand its exposure globally and make good sales volumes.